What is Pyramiding? Signs and Symptoms in your turtle

How to identify pyramiding in your turtle and how to prevent it.

Pyramiding is a disorder in turtles and tortoises that is most likely caused by malnutrition among other factors. It is identified by the obvious pyramid deformation of the shell's scutes. This disorder is not common in the wild and is not considered to be dangerous unless it is severe. 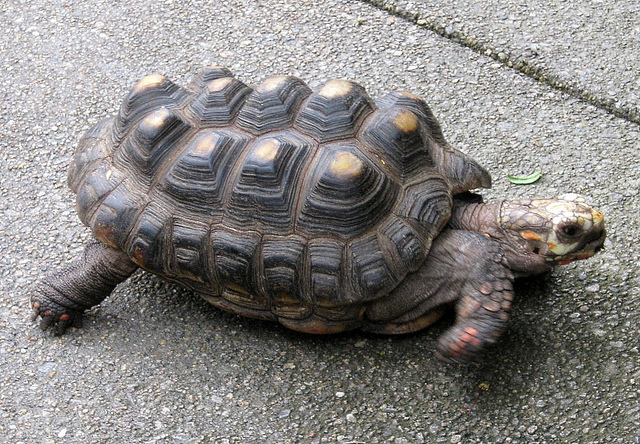 This is a tortoise with severe pyramiding. You can see the contrast between the smooth shell and the bumpiness of the pyramiding shell. Image credit 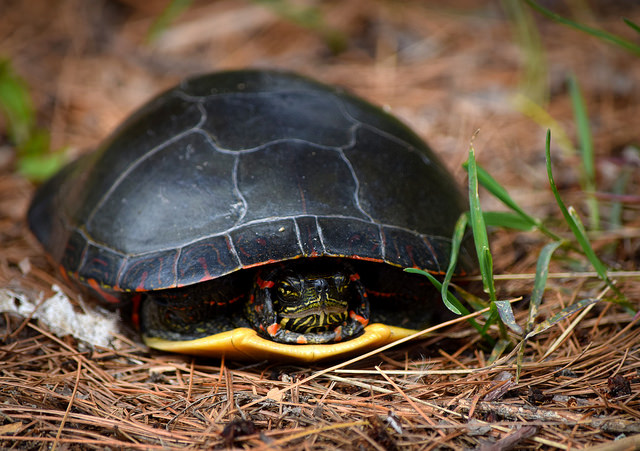 Symptoms of pyramiding are individual scutes being raised above the normal dome shape of the shell to form what appear to be pyramids. This deformation can be severe or minor.

This disorder is caused by the shell's scutes (the individual scale like parts) growing upwards rather than out to match with the reptile's body growth.

The underlying cause of pyramiding is not fully known, but excess protein in the diet seems to be the most likely factor. Other factors include poor calcium absorbtion (or lack of calcium in the diet) and little exercise.

As a turtle becomes an adult the protein requirements reduce drastically. We have more information on our nutrition guide , an adult's main food source should be a mixture of greens and a well balanced pellet. Greens provide calcium but also are low in protein.

Finally, to protect against pyramiding make sure you have a large enough tank. The primary form of exercise for an aquatic turtle is swimming, which means that having a large tank is important. You can also supplement that exercise by letting your turtle run around outside the tank, but you should be able to supervise them as they do that. An unsupervised turtle can get into trouble!